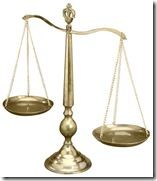 Today I had an epiphany, a change of heart, a flash of enlightenment so to speak.

Allow me to explain. I am right now at a local Starbucks where, honestly, one of the most beautiful women I have ever laid eyes on (well, at least for today) seems to work. Additionally, she seems to not be dating anyone at the moment. Unfortunately, for some reason she does not seem to be interested in me, but rather would like to date the younger (age), less conservative (politics), less fundamentalist (religion) and less weight-challenged (disability) guy also sitting here getting coffee.

It is in this context that I read the Newfoundland Human Rights legislation in a new light. Look at this section:

6. (1) A person shall not deny to or discriminate against a person or class of persons with respect to accommodation, services, facilities or goods to which members of the public customarily have access or which are customarily offered to the public because of the race, religion, religious creed, political opinion, colour or ethnic, national or social origin, sex, sexual orientation, marital status, family status, age, physical disability or mental disability of that person or class of persons.

Now, I am pretty sure that I can call the experience of having dinner and a movie with this girl “a service”, and since she is openly showing interest in another guy apparently also a member of the general public, I can claim that this is something to which “members of the public customarily have access”. Heck they seem to be exchanging phone numbers now.

Finally, if this is anything like that BC case where a woman was considered to be discriminated because of disability because she couldn’t wash her hands while working at McDonalds, I’m sure that I can call whatever it is that makes this girl uninterested in me a disability. Heck, even if she were a lesbian flirting with another girl, I could file because she is discriminating against me because of sexual orientation.

So I think I’m going to file a complaint against her. So what if this is antagonistic and more than a little creepy? I can get the Human Rights tribunal to make her specifically stop discriminating against me, and go out with me.

A wise person once said that many of the cases before Human Rights boards could be better solved over coffee. That thought is simply more literally true in this case….. or maybe over dinner and a movie.

I really can’t wait until someone actually rules that “marriage” is a human right.

One thought on “Dr. Very Strangelove (or how I stopped worrying and learned to love Human Rights legislation)”