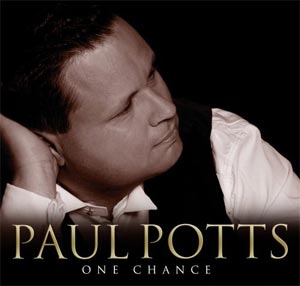 Okay, first off the confession. I just bought a CD I never thought I would. It’s a CD by a winner of a TV reality show, and worse the genre is opera. The remainder of this post is going to be my reclaiming of a masculinity that now seemingly lies in tatters.

First off, in my own defense, my recent desire to listen to Opera music has a lot to do with the appreciation of the beauty of discipline. It was a conversion a long time in coming, but the result is that I see the beauty in a form of music that seems to rate discipline very highly, and you can hear it as it’s performed. It’s kinda like an episode of Samurai Jack I recently saw.

In that episode, we see two very different views of a samurai, one is an impressive but flashy kind of samurai. No doubt he is effective in some battles (where the opponent is undisciplined), but lacks the precision and control of a true martial artist.

The other samurai is Jack. Jack is a true master of the sword. He can hit both lightly and with power in precise placement and in stunning combinations where each blow lands exactly as he determines. There is no doubt which wins in the resulting duel (Jack mops the floor with the other guy using only a bamboo stick, and then proceeds to eliminate an army of robot assassins for an encore). Most people would not be able to see the difference at first glance, and indeed since the flashy samurai is more crass about his expression, some might assume that he is the more capable warrior.

This comes to why I came to enjoy opera. For a while I’ve been trying to listen to the singing of my friends in music school. I actually began to notice both the obvious (they sing better than I do), but also the minor ways in which they sing well. For the most part, they can hit notes in precise orders, with precise volume, and in near complete clarity. This happens whether they are singing difficult operatic pieces or simple worship songs. Their voices are disciplined, and in the best cases, also passionate. This seems to stem from the fact that they are trained in what is, for lack of a better word, a martial art of music; Opera.

So Paul Potts CDs were on sale at HMV, and I bought one. After listening to the power, precision and clarity of the guy’s voice, as he sang even songs I enjoyed that aren’t operatic (one of the bonus tracks is my favorite Christmas hymn, “O Holy Night”, and one of the songs he does is an italian version of a song I first heard from REM), I found that when I subsequently listened to other songs I enjoy I was able to enjoy them more.

As with all things, this got me thinking about Jesus, and more specifically the Christian life. I will be the first to say that the most recent convert is fully a Christian, but I also find that there’s actually greater joy in the disciplines of seeking after Jesus. While some preachers are flashy and firey, I note that there are some preachers (Martyn Lloyd-Jones comes to mind) who can both show the passion and fire, but also do it with an exacting regularity. They hit Biblical doctrine precisely, with correct power and clarity. There are similarly teachers and counselors I’ve met who may not be the most well known or openly wise, but who clearly have spent time with the Lord, and have been changed by lon, disciplined experience.

They are often less flashy, and often are talked about less, but there is undeniably a power in their faith that both edifies those around, and shows a true depth to the Christian religion, even making it more possible to love and understand the less disciplined expressions faith.

Every athlete exercises self-control in all things. They do it to receive a perishable wreath, but we an imperishable. So I do not run aimlessly; I do not box as one beating the air. But I discipline my body and keep it under control.

So as I continue in the Christian life, may I in discipline learn greater appreciation for my Lord and Saviour Jesus Christ.

Steve is a part-time vocational elder Calvary Baptist Church, St. John's as well as a full-time student at Memorial University of Newfoundland, in the Religious Studies Department. View more posts

One thought on “Confessions of a Conversion (Samurai Jack, Paul Potts, and Christian Discipline)”