Losing the Plot (Redemption in Christian Community Part I) 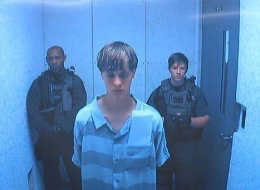 Many people will say that church isn’t all that interesting. At some level, that’s because people who have not been reborn of the Holy Spirit don’t generally enjoy the real things of God, but in addition to the direct sinfulness of humanity, I think we Christians may also bear part of the blame for the lack of value in Church.
Churches generally spend a great deal of time trying to be more relevant, whether through changing worship styles, better small group programs, or even through shifting doctrine to be more inclusive, but all of this is strange considering the compelling nature of the Gospel (or how it was compelling to previous generations).
I don’t say this without evidence. Despite the great antipathy the culture has been feeling for the Church over the past several years, this past week, we saw society compelled by the witness of a group of Christians in Charleston, South Carolina. The reason is, in the face of a gross evil visited upon them, a group of Christians determined to offer forgiveness to the man who performed the evil deed. I have no idea if they saiid theologically correct things, but they did choose to overcome evil with good.
The interest in this part of a tragic story opposes the idea that we have simply arrived at a historical period where the message of the Gospel no longer has any clout. The idea that we can be acceptable to God; that all the mistakes and evil we have done in our own lives can not only be forgotten, but remade into a display of God’s goodness… into something beautiful…. Maybe that is no longer valuable to people. Yet when the men and women at Dylan Roof’s bail hearing wished mercy on his soul, many again felt the
Yet generally, as the Church, I think we have lost the plot, so this week, I’m going to do some short posts about where I think we’ve gone wrong, and how we can get right. In the meantime, though, it’s easiest to say that we have often followed our unbelieving culture, and lost our love of seeing God’s redemption because in order for something to be redeemed from a sinful state, it must be well and truly bad.
We have sought to isolate ourselves in the church from both the sins of others and the sins of ourselves, and even sought security and safety in things other than God, rather than facing evil squarely with the Gospel. We have as a result lost the ability to see God’s beauty in saving the lost and repurposing what we intended for evil for His ultimate good. Why has this happened? Tune in tomorrow.

Steve is a part-time vocational elder Calvary Baptist Church, St. John's as well as a full-time student at Memorial University of Newfoundland, in the Religious Studies Department. View all posts by Stephen Dawe