It’s always been a bit of a puzzling maxim for me: People don’t change. I’ve heard it fairly frequently, whether it’s said positively, about some character trait of a person you’re depending on, or negatively about some person, and their character trait that is causing pain for others yet again. Yet what puzzles me is that it is so clearly not true, and in fact leads us to believe some strange things about people, and possibly dangerous things about ourselves.

A Grain of Truth
Like most ideas we have as a culture, this one stems from a bit of truth. There are character traits that people have that one should not count on changing. If you are looking at a partner with marriage in mind, you should not be thinking about things they need to change to be a good spouse. Nor should you rely on someone to display character traits in day to day interactions that they have never displayed before.
With people, the most accurate predictor of future activity is past activity. That is something I will frequently say in counselling situations, even after I spend a blog post debunking the maim of how people don’t change. The reason is that people do most often keep character traits that they have in the past, and are most likely to continue to struggle with sins that they have struggled with in the past (Biblically, think of David’s weakness for women, Peter’s fear of people, etc.)
So then why would I take issue with a statement that seems to pass on this useful bit of information?

A More Accurate Picture
Unfortunately, the reason that we can count on past character as an indicator of future character has nothing to do with the unchangeableness of humanity. Rather, that particular bit of truth is a working out of the fact that all humanity is ALWAYS changing. This is true whether we are talking about our physical change (growing from children, to adults, to the elderly, and eventually to death), or change in our personality (from childish, to mature, whatever “mature” will look like for you).
The change we’re going through continues day by day, often so slowly we do not notice, and so we humans (having freakishly low attention spans) imagine that this is constant. This is also the reason we can be dumb enough to believe that changeable parts of us should be considered our identity (beauty, intellect, etc.). It also means that there is an awful lot of inertia going for the trajectory of changes we’re going through, and so to change our direction, there will have to be many choices we make in a different one. 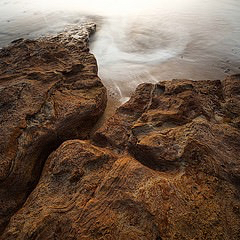 Danger and Opportunity
Ths simple fact is that the changes in our character and physique are going to happen, but the way that those changes are going to happen will be determined by the choices and actions we have right now. Just as in the physical sphere, we will never start to get healthy habits and thus a healthy physique unless we actually take the time to change our present habits that have been building our present body, our character will only improve insofar as we make decisions and do things in keeping with a better character.
This means that as Christians, while our justification is secure in Christ’s action on the cross, we will never be the kinds of people Christ calls us to be unless we avoid sin and act righteously. That is to say, unless we make the decisions that will lead us away from what we were making ourselves into through sin, and follow Christ who will remake us into righteous people.
We will all change. A year from now, we will all be a year older, and we will either be more conformed to the image of Christ (if we seek Him) or we will be more conformed to our sinful nature if we follow sin. Change will happen. The question is what change will it be?