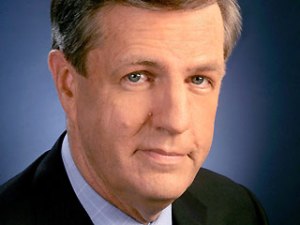 Many people on the blogosphere have been commenting on the statements of Brit Hume on Fox News Sunday, where he said essentially that Tiger Woods should turn to faith in Jesus Christ.

Now, most will recognize that I would agree with that statement (though I might quibble with Hume’s phrasing). I agree that Buddhism is insufficient to provide redemption of a person in the position of Tiger Woods at the moment. Funnily, since Buddhism would advocate the elimination of attachment to worldly (and hence illusory) desires, it seems that some Buddhists would agree. Redemption for a Buddhist, is unnecessary, as the desire for that would be grasping at illusion, and so the wrong move for a Buddhist. I think Buddhism is incorrect, and so would most Christians. Is that a surprise? No. At least not if you have any idea about either Christianity or Buddhism.

The problem that Hume has though, is not the many Buddhists in the world, his problem is actually secularists in the media. As far as I can get the problem, it is that a commentator should not mix their field (providing commentary based on their opinion) with religion. Besides being patent nonsense (religious opinion is opinion, and thus fodder for commentators….. the reason I don’t freak out at Christopher Hitchens slagging my belief… he has a right to his opinion, and I have the right to publicly disagree), the assumption itself seems very hypocritical.

The secularist belief is that religion is best left to the private sphere. Secularists are entitled to that belief, but they should not be surprised when Brit Hume and many other Christians (and many other religionists) disagree with that assumption. The opinion the secularists hold is not universal, so it behooves them to convince others of their position, not simply attempt to bully people into adhering to their (minority) position.  Join the marketplace of ideas, and (as Hunter Baker said on a radio show recently) stop playing the game of public opinion

while simultaneously pretending to be umpires.

Brit Hume is not out of line, but his secularist detractors are.